With season 2 of Game of Thrones in full swing, I figured it was just about time for another GoT comic! I love it too much not to make one occasionally.

For me well you all know what movie did that to me….

Been saying this for years…

Destroy the idea that Robert would have been a better husband to Lyanna than he was to Cersei. Destroy the idea that Cersei is the reason he was an awful and abusive husband. The abused is not to blame for their own abuse. Putting the responsibility for the abuser’s actions on the abused is actually a tactic used by abusers to justify their actions and to control and subjugate their partners. Do not buy into Robert’s rhetoric because Robert is fundamentally characterized by his inability to bear responsibility for his actions and his tendency to justify his fuckups by putting it on other people.

Destroy the idea that Lyana knew and was absolutely fine with Rhaegar fighting in the name of the mad man who murdered her family, or that she willingly approved of staying in Dorne while he went to war against one of her two surviving brothers and to subjugate the people who rose in defense of the Stark of Winterfell and gave their lives to bring them justice.

Destroy the idea that Elia thought nothing of Rhaegar running with another woman just because she is Dornish or that her potential knowledge of what he planned makes his actions alright or defensible. Destroy the idea that she put his precious prophecy ahead of her own children’s well-being and lives.

Here’s a novel concept: how about we stop woobifying Robert and Rhaegar by scapegoating Cersei, Elia and Lyanna?

MY LOVELIES DID NOT DESERVE ANY OF THIS

OK LISTEN UP Y’ALL I HAVE A LOT OF FEELINGS ABOUT ASOIAF OK.

For the record, I have a lot of favorite characters. Thinking about some of them just makes me want to cry (read: Catelyn Stark *sobs*)

Theres gonna be some spoilers ahead, so get ready:

The first one is this fucking goddess right here:

This is Brienne of Tarth and she is better than you in every possible way.

She’s not very pretty (except for her gorgeous blue eyes) but don’t you dare try to make fun of her cause she can fuck you up.

Its funny cause even though in the books she’s not pretty, she’s played in the show by this goddess Gwendolyn Christie: 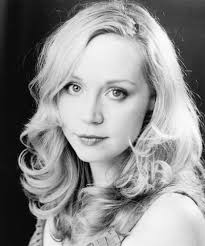 She’s a knight and is probably the most honorable person in the whole land of Westoros. She takes this shit seriously y’all. Even after she sees all the horrible shit other knights and society and general do (especially to her since she’s considered a freak for not being pretty and doing a “man’s job”) she still vows to protect the innocent and the weak, even when the innocent and the weak treat her like garbage. She’s perfect in every way.

And because of the way people have treated her she has horrible self esteem and falls in love with the first guy to treat her with a smidgen of respect (Renly). She even pledges to Renly’s kingsguard so she can be near him and protect him. Its that bad. It makes you just want to wrap her up in a blanket and give her some hot tea. Also Renly is pretty… uhh… not into girls, so theres that.

And now we come to my other favorite character, this asshole: This is Jaime Lannister. The less facial hair he has, the more of a douchbag he is. This is based on actual science.

Jaime is also a knight but he saw a lot of shit that messed him up (I won’t spoil it for those who haven’t read the books but its bad) so his honor, which used to be really important to him, went flying out the window. Also the whole country kind of hates him because he killed the Mad King when he was supposed to be protecting him.

Also he’s been fucking his twin sister Cersei since he was about ten so theres that whole fun family dynamic.

So he and Brienne end up hanging out a lot and she unintentionally starts to inspire him to be more honorable and so much cool stuff happens between them. Its such a good storyline.

I don’t want to give really specific reasons for liking them so much because it would be really spoilery, but you should read the books just to find out.

The moral of this story is that you should read ASOIAF.

A summary of Dany and Jorah inspired by [x]