one of my favorite phrases is ‘that’s a problem for future me’ because it combines two of my favorite things, mild humor and intense, panic inducing procrastination

I started using it as a way to joke/panic about procrastination, but then it somehow became an anxiety relief for when I’m feeling overwhelmed. “Right now you only have to shower. Stop overthinking about the assignment, that’s a problem for future me”. Maybe it helps thinking about ‘future me’ as a different version of myself so that responsibilities are divided? I don’t know… but it works, I’d recommend it

Scarlett O’hara from Margaret Mitchell’s Gone with the Wind. (via thescarlettrose)

Me: I just didn’t like the book very much

Them: You didn’t understand it then

Maybe it’s the effect of sufficient Jack Daniels to cope with being with my family, but Gone With the Wind is on the tube and I couldn’t help but compare two green-eyed brunet(te)s who are good at manipulating people….

Scarlett and Loki. Both aristocrats, neither entirely accepted or approved of by their own class. And yet, both of them, with their unapproved behavior, greatly benefited their own class. (Admittedly, this is more true of myth!Loki than movie!Loki, but really, if people had just effin’ LISTENED to movie!Loki none of the horrible stuff in the movies would have happened.) Asgard needed Loki, Atlanta needed Scarlett. But both of them also needed the more orthodox members of their class to preserve what they were serving.

Both truly understood remorse. Did things because they believed they were for the best, and then regretted what they had done.

I could probably articulate this better with less Jack Daniels in my bloodstream, but too bad. Right now I’m trying to think of some parallel between Thor and any character in GWTW, but… oh, maybe he could be the Tarleton twins. He’s man enough to be both of them.

Actually, Thor could totally be Melanie. Totally convinced of the rightness of the code they were raised in, too innocent to believe that anyone they love might not be equally virtuous.

I certainly am racking up a roster of green-eyed brunet(te) characters to identify with.

Oh this is cool!

Now what does this remind me of… oh yes: 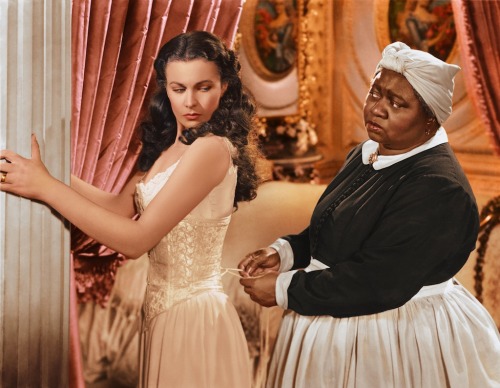